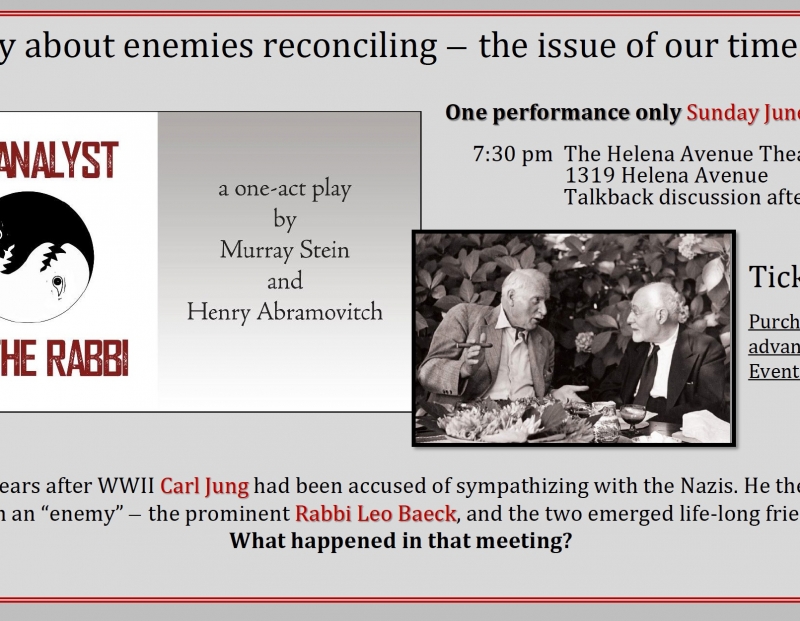 In this powerful one-act play we see the difficult but moving path of reconciliation of enemies. Shortly after World War II, the founding psychologist Dr. Carl Jung had been accused of sympathizing with Nazis. He then met with an “enemy” in a prominent rabbi, and the two emerged from the meeting life-long friends. What happened in that meeting? Perhaps we too can learn how to approach those we disagree with. The play is part of a conference to address global crises on individuals, called The Creator's Art; a Confluence for Art, Psychology and Renewal. The play is followed by an audience talk-back with the production team at the Vanilla Bean Cafe, across the street.
Get Tickets
Advertisement
Links: https://confluence22.org/